The problem is his attention span is very poor. He has an excellent memory. He will remember that a week and 2 days ago I promised him a caramel slice from Costa but getting him to pay attention in the short term is rather like pulling teeth. How many of you can relate to this and what is the solution ?

Much like worrying how he will cope when he is older, I also worry will he know sufficient information to be able to get a job , will he be able to cook a meal , read a book , fill out application forms or even read a shopping list. Although I suspect that won’t matter as he loves pot noodles so would more than likely live on those , specifically the green ones , not the yellow ones or the brown ones , only the green ones. He also likes Mattesons chicken bites and of course the all time autism favourite , chicken nuggets.

My only ambition for my son is that he is happy and not lonely. I want him to get a job , meet someone and be happy. This is my dream so if that happens I’ll be a very happy mummy. I would like him to have independence but if he needs to live with me forever, this is also ok for me. Up until the balloon obsession he wanted to be a bus driver but now he wants to make animal balloons and work with mummy at the airport.

While I know that he is not at the academic level of some of his peers, I am incredibly proud of his progress. It’s important not to compare our little miracles with other neurotypical children , as they will shine when it’s their time. As long as progress is being made that is the most important thing. Every day when I pick my son up from school I ask him what he has learnt that day , the answer is always the same. I learn’t the letter “e “.

He’s always played with Jack , ate all his lunch and learnt e. His teacher has always had crisps and a ham sandwich for lunch.

We work around the attention span issue by using egg timers and dedicating little chunks of time to learning . Egg timers are very useful as they are visual.

Another little hurdle we often encounter is the literal thinking . So for example if the activity is to find the letter “a” in the words , he will circle the big letter “a” at the top of the page . Technically he is not wrong but he is not right either. 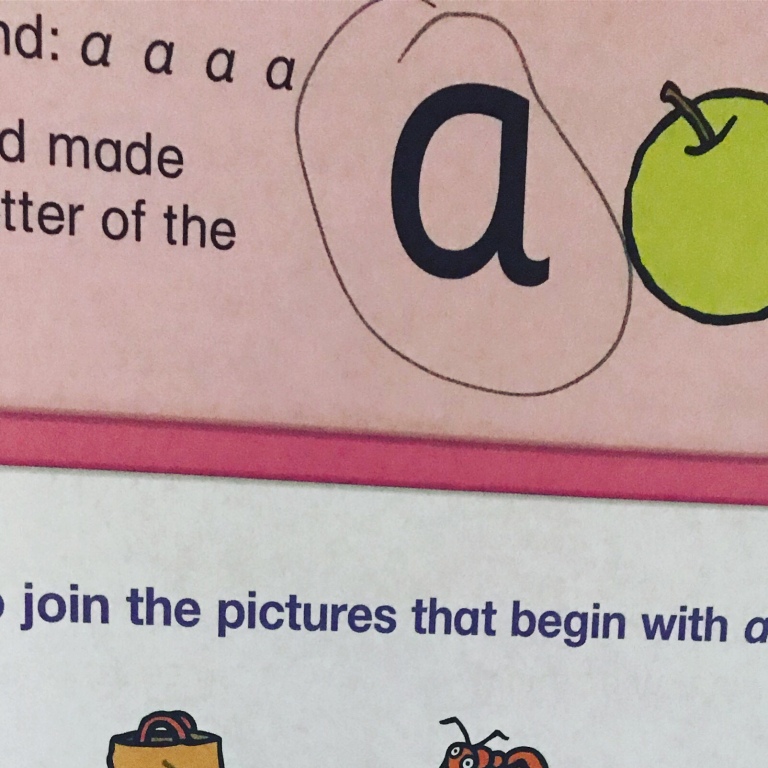 As a mother I constantly feel like I could or should be doing more to help him , but I guess we all feel a little bit like that ? I am doing my best and I hope that is enough.

The other morning we were singing the alphabet song together when he asked me where the f###ing “p” was ? Oh well , another day , another experience . At least he can say the alphabet.

So tonight I’ve tried to get my son to do some work with me but he only wants to talk about going to Bournemouth. He keeps asking me the same question over and over again about when are we going to Bournemouth . It is his favourite place, because of the beach . I want to do some work with him , he has told me he wants to sell me and get a new mummy !?.

“Why you saying ok ,mummy?”

Me: “Because you don’t want to talk to me”

“That’s not cool mummy, this is bullshit”

“Iron man said it at the cinema”

Then he decided to take his clothes off. He seems to do this a lot. He likes to be naked. For some reason though he has decided he also wants to dance and sing to “Gangnam style” . I cannot un see what I have just seen , but he makes me smile and most importantly he’s happy.

Oh well , I’ll try with the learning again tomorrow. Thank you for reading 🎈🎈.

Hello my name is Donna . I have an 8 year old son who is on the Spectrum. I have gained an Autism Awareness Diploma , Special Educational Needs Diploma , Understanding Autism and other qualifications . I am a Family Ambassador in my current day job working on the Hidden Disability Campaign and i am currently helping our local Autism Ambassador with a Relaxed Performance Campaign , making theatre accessible for all. My blog “The boy who loves balloons “ follows my boy and I and our life on the Spectrum. In my blog I share our experiences through humour , hope and happiness and raise awareness. I also champion local initiatives and I am keen to branch out into other areas. I have a passion for writing and raising awareness of autism. 🎈 View all posts by Donnamariebalkaya

Recipes showing step by step directions with pictures and a printable recipe card.

Hi! I'm Emily. I have Sensory Processing Disorder and I am Autistic.

The Musings of a Writer / Freelance Editor in Training

A blog about Autism. 🌈 theboywholovesballoons.com

Arts & Culture from Around the World

A daily selection of the best content published on WordPress, collected for you by humans who love to read.

A blog about Autism. 🌈 theboywholovesballoons.com

The best longform stories on the web

The latest news on WordPress.com and the WordPress community.